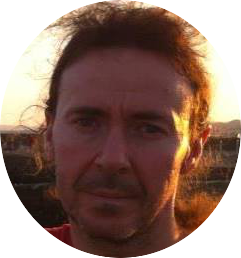 Hi, my name is Tom Kane and I make video games.

My passion for making video games goes back over 30 years, having made my first game  “Adventure” in Basic on our school’s  RML 308Z.

I started my own software company, Mercury Software in second  year at secondary school, and released my first title in 1983, a compilation tape for the 16K ZX Spectrum called “Super 7 Games Tape”. This tape featured 7 completely awesome titles, the most popular of which was “Onion Man”.

My sister made the artwork for the cassette sleeves, which was photocopied onto bright paper and laminated and I sold these games around school and at local computer trade shows to anyone I could find that owned a Spectrum and had £3, or pretty much what they had on them.

Such was its popularity of Onion Man that it merited its own subsequent 48K release, imaginatively entitled “Onion Man 2”. Surprisingly, I had many return customers for my second game. It was then that I realised that I had a life-long passion for video games and even though I didn’t know how to get into the industry, it became my mission for the remainder of my youth!

Nowadays I have been working as a programmer for games companies in Dundee since 1995 and I can't imagine doing anything else! I still love making games.

I have a fantastic family who put up with my labour of love and who I hope will find it in their hearts to forgive me one day for all the late nights and stress that often goes hand in hand with this industry.

I don't know what the future will bring, but I do know that it's been one hell of a ride!

Wanna get in touch?

If you like what you see here then why not get in touch and I can answer any questions that you might have.